A disciplined approach has seen 3i Infrastructure deliver an 18% asset IRR since it was set up. Marc Mullen talks to its head Phil White about the next strategic priority: sustainably driven performance

It’s been almost 15 years since 3i Infrastructure was first listed on the London Stock Exchange, and in that time its shareholder returns have been nearly four times the FTSE All-Share Index. The portfolio currently includes 19 investments and is valued at £2bn. At the end of September, the group announced that many of its infra investments were performing ahead of expectations set in March 2021. At the same time, many of these companies are in the process of developing strategies to achieve net-zero targets.

“A lot of what we do is critical to society and visible to the wider public, governments and regulators,” explains Phil White, managing partner at 3i and head of 3i Infrastructure. “It will soon become imperative that a business is sustainable, and there’ll be a divergence between businesses that are attractive and sellable to infrastructure investors and those that are not.”

Just as having good management teams and making good investments at sensible prices drives value, so does an ambitious but achievable sustainability strategy. “Whether buying or selling, having a business that can demonstrate how it is ready to become more sustainable, or how sustainable it is already, is important to value. It’s difficult to put a number on it, but those already well progressed in their thinking are worth more than those who haven’t yet thought about it.” 3i Infrastructure’s portfolio companies review all aspects of sustainability, not just low carbon, using the framework of the UN Sustainable Development Goals as reference.

“They develop their own priorities around the ones most relevant to them,” says White. “We’re not yet at the stage where every business has to show it can be net zero, but we do expect every business to have a plan, whether that’s reducing carbon emissions, or reducing them as much as possible and removing the remainder. In the next five years, they need to get emissions down as low as possible.”

In September 2015, 3i Infrastructure invested £111m for a 50% stake in ESVAGT. Headquartered in Esbjerg, Denmark, the business had a fleet of 43 ships providing rescue and response, and related services, to the offshore oil and gas industry in and around the North Sea and the Barents Sea. It employed more than 800 people at the time of the investment.

3i’s corporate finance advisers on the deal were Handelsbanken and RBC. So how has a business that works primarily in the oil and gas sector become more sustainable?

“ESVAGT is a great example of a business that is inherently involved in the transition to a low-carbon economy,” says White. “When we bought it, it had just a couple of ships that had started to act as maintenance vessels for offshore wind farms. We saw that could be a significant growth market and, at the same time, its historic core business was in long-term decline. Now, the majority of its earnings are from wind-farm maintenance. “Even in its residual oil and gas business, steps have been taken to make the business more sustainable. The ships now have batteries providing power when they’re stationary and the company’s plan is for the fleet to be net zero by 2035.

“At present, it operates out of the UK, Denmark, Belgium and Norway, but it’s well placed to make inroads into the growing offshore wind markets, including France and North America. In the US, it’s just signed a joint venture agreement and is bidding on the first offshore wind-farm maintenance vessel contracts.

“European customers are looking at the US and ESVAGT is there to support them. It’s a market with
massive potential worldwide.”

To motivate management teams, they need first to see that actions are not just ‘nice to haves’, but are critical to value creation. Inevitably, management teams are human; they respond to incentives.

“If we’re buying a business that hasn’t addressed the sustainability issue, the questions for us are: ‘Does the management team and the CEO in particular get it? Why haven’t they done it? Do they understand why it’s important to us and why it should be very important to them?” says White. “It’s going to get harder to buy a business where the management team just doesn’t get it.”

Some management teams will have taken the view that sustainability is not mission critical – perhaps they don’t use much energy or produce significant carbon emissions. But, White points out, it is not just about carbon. With “some encouragement” those businesses in the portfolio have discovered how important it is to their employees, “generating a huge amount of interest and enthusiasm”.

In September, 3i Infrastructure sold four European oil storage terminals into which it invested in 2007. White says the group has not looked at investing in businesses that were intensely carbon emitting for quite a while. But equally, they are not only investing in low-carbon businesses.

“If the world needs to get to net-zero carbon or something close to it, then every business needs to be doing its bit and we can help them achieve that. If something is carbon emitting, we would look at it and think whether it is a long-term essential activity. Energy companies have had to address the issue quickly because of how critical it is to their operations. Infrastructure investors are also pretty high on the list for whom it is very important.”

In 2016, 3i Infrastructure acquired a 28.5% stake in French company Valorem for €69m. A leading independent renewable energy company, it was one of the largest onshore wind developers and operators in France, and also has a small portfolio of hydro power plants there and in the French territories. Over the past five years, it has been developing solar-power sites. Since acquisition, it’s grown its renewable generation capacity by 2.7 times and now owns around 485MW of fully developed renewable capacity. 3i’s corporate finance adviser was EY. Rothschild advised Valorem.

“By its nature, it’s low carbon – a business generating electricity from renewable sources,” says White. “When we bought Valorem, its business model was to develop onshore wind farms and, when they became operational, sell them to fund its development pipeline. We provided some permanent capital to enable it to retain operational wind farms. It’s built up a portfolio of well over 400MW of operating capacity.

“That sort of installed operating base is potentially very attractive to electricity generating companies in France, or even other companies that have significant carbon emissions and want to demonstrate their green credentials by adding something that’s clearly much more environmentally friendly.We’re happy to hold it as minority investor alongside the founder family and other individual shareholders. We have no plans to exit, but we recognise there may come a point where the potential value to another buyer might be such that we will consider it.”

Commitment at the top

While CEOs don’t need to ‘lead the charge’ for sustainability, it is important to White and his colleagues that they demonstrably support what’s being done. “If the CEO is not committed to it, then it’s very difficult for the rest of the team or the rest of the business to commit themselves to it,” he says.

3i Infrastructure’s portfolio company TCR is a good example. The company is Europe’s largest independent asset manager of airport ground-support equipment. It operates at more than 150 airports. About 30% of the equipment is motorised and the rest is nonmotorised, such as stairs. Historically, the motorised equipment has been diesel-powered, but the move is increasingly towards electric. Almost 40% is now electric-powered, according to White. “It has also looked at using equipment more intensely and pooling equipment, which reduces emissions by reducing the total amount of equipment at an airport and the overall movement around it. That’s a big potential growth area – working with key customers to help them become more sustainable.”

In 2016, 3i Infrastructure acquired 100% of Infinis, a major generator of electricity from landfill (methane) gas in the UK. 3i was advised by Lazard, Rothschild and PwC on the deal. The methane must not go into the atmosphere and so would be flared if it wasn’t captured. At the sites that are now capped off , Infinis is looking to make use of its existing electricity grid connections to roll out around 200 megawatts of solar power capacity. The first is in operation and 10 are at the planning stage. Infinis runs more than 140 sites across the UK, although not all are suitable for solar power.

In 2019, Joulz was acquired by 3i Infrastructure for €220m. Joulz owns and provides essential energy infrastructure equipment and services to industrial and commercial customers in the Netherlands; these include medium-voltage electricity transformers, switchgear, meters, etc. It is set to benefit from the Dutch government’s drive to decarbonise the economy. “The Netherlands is moving away from fossil fuel power generation very quickly because its particular situation in relation to gas supply is even more acute than ours seems to be now. This is encouraging it to electrify as quickly as possible,” says White. “So there’s a growing market in the Netherlands for upgrading the electricity infrastructure on customers’ premises, as well as adding, where possible, solar panels and electric vehicle charging points for those premises.Joulz is a facilitator of enabling other companies throughout the Netherlands to become more sustainable and low carbon.”

TCR CEO Tom Bellekens is convinced of the merits of becoming as sustainable as possible and helping its customers to move in that direction. Although TCR is a large company, operating across 17 countries and four continents, Bellekens has been a driving force behind the introduction of a common culture and company-wide initiatives focused on improving sustainability.

3i staff across many different roles now spend a great deal of time involved with environmental, social and governance (ESG) and sustainability, even though it might not be their exclusive remit. Last year, they held a seminar for their portfolio companies to discuss how to approach developing a sustainability strategy. “That was really powerful, in showing that it can be done, from someone not in 3i,” says White. “We also help by pointing them towards particular advisers to help with specific problems. Advice is important in helping portfolio companies work out how they’re going to implement the strategy.” 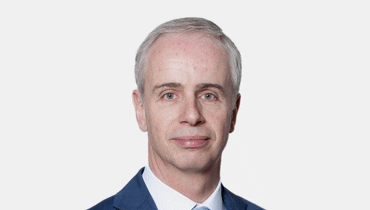 He joined 3i in 2007, from Macquarie, where he was division director in its infrastructure funds business, managing investments in the transport sector. He has an MBA from London Business School and previously worked at Barclays and WestLB.

3i is a member of the Corporate Finance Faculty